Posted on October 11, 2015 by AuthorJoePerroneJr

“It’s been eight days since my stroke.”  That sentence contains just seven words (eight, if you count the contraction), yet those may be the most profound words I have ever spoken.  There’s a surreal quality associated with them.  I always expected to hear them come from someone else’s mouth—certainly not from mine.

It was 4:30 a.m. when it happened.  I awoke to the sound of one of our cats grooming herself.  “Becky!” I groused at my wife, “We’ve got to keep these cats out of the bedroom at night.  I’m going to the bathroom, and then I’ll go downstairs and watch a little TV and see if I can fall asleep down there.”  I got out of bed, and as soon as I put my feet on the floor, I knew something wasn’t quite right.  As I began making my way out of the room, I noticed that my right toe was dragging just the tiniest bit.  Hmmm…must have slept funny on that side, I thought.   By the time I had made my way down the hall to the guest bathroom, I knew something was definitely wrong.

Stroke!  I thought.  I turned on the light in the bathroom and immediately began making funny faces at myself in the mirror; smiling, grimacing, raising my eyebrows, and sticking out my tongue (those were the things I’d heard we should do immediately to determine if our face is symmetrical).  Thank God, it was.  Oh, and take a baby aspirin!  They say that’s a good thing to do if you think you’re having a stroke.  I gobbled one down.  (I later found out that the expiration date on the bottle was five years old.)  After I used the toilet, I tried to gently lower the lid with my right hand, but the heavy oak top slammed onto the bowl of the toilet with a resounding, porcelain clank.  Hmmm…need to be more careful.  (I didn’t realize that my whole right arm had been partially disabled.)

“Honey, are you alright?” called my wife.  Nope, I thought.  I’m not.  By this time, Becky had come into the living room, where I was sitting with my back slouched against the sofa.  “There’s definitely something wrong,” I replied.  “I think I might be having a stroke.” 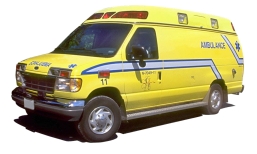 (Actually, by that time there was very little doubt in my mind about what was going on.)  “I’ll call an ambulance,” she shouted, running down the hall toward the phone.  The EMTs were there in less than 15 minutes, and off we went to the hospital.  The rest, as they say, is history.

When I first got to the hospital, I couldn’t even sign my name.  They handed me one of those electronic pads and a stylus, which I swiped aimlessly across the surface.  Only the thin lip stopped my hand from sliding into the next county.  What I had written bore no resemblance to my signature.  I remember chuckling at the irony.  There I was, an author, unable to sign my name.  Gallows humor truly does have its place, and that was the perfect moment for it to make its appearance.  It has been my constant companion ever since, and I suspect it always will be.

I won’t bore you with the details of the countless times I was poked, pricked, prodded, examined, tested, awakened, disturbed, etc. during the two-day hospital stay that seemed to last an eternity.  Suffice it to say that it was the typical “hospital stuff” that most senior citizens gradually become accustomed to as we age.  I am recovering nicely, and getting back to normal—whatever that is. 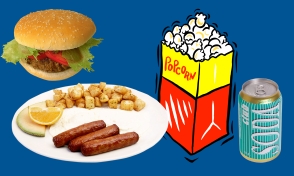 But what I want to focus on is not what happened on October 2, 2015, but how it happened.  With few exceptions, one doesn’t fall prey to a stroke overnight.  It takes years for the groundwork to be laid.  And I had dutifully contributed my share of neglect to the process.  All my life I had been an inveterate snacker, devouring incredible quantities of candy (primarily chocolate) and salty snacks (potato chips with sour cream dip, and Cheetos being my preferred choices). Even in high school, I used to smuggle candy into the classroom, where I had as much confiscated as I consumed.

Then there were the other bad eating habits I developed along the way: fried eggs with bacon or sausage and all the trimmings for breakfast (at least three times a week); cheeseburgers at McDonald’s and Burger King; and, of course, pasta.  Over the years, I have eaten more spaghetti, macaroni, and lasagna than one person has a right to—not to mention pizza, my all time favorite.

At one point, while working in a sporting goods store, and then later, when I owned my own, I ate two slices of pizza for lunch every day for more than seven years (Sundays not included).  My unofficial calculations place the total number of slices consumed during that period at 4,368!  Through all of my early years, up until about ten years ago, my soft drink of choice was—you guessed it—Mountain Dew. Heavy on the sugar, even heavier on the caffeine.  I was a ticking time bomb.

So what made me feel that I was immune to all the abuse I was heaping upon my body? The answer is simple: exercise.  All my life I was a sports junky.  In high school, the addiction was so bad that friends and I used to put a wedge in the gym door, so we could sneak into the facility when it was closed, to play basketball during Christmas recess. Through the years, I played tennis, baseball, football, and basketball. 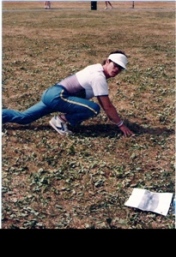 I bowled, I played racquetball, I swam.  I did it all.  I even played competitive soccer between the ages of 31 and 41. And then, in 1980, while going through my divorce, I became a distance runner.  A year later, when I met and married Becky, my wife of 34 years, I was running 55 miles per week, at an average pace of seven minutes per mile, and preparing for the New York City Marathon.  I was invincible.  (Actually, I wasn’t, because I never got to run the race, due to a stress fracture in my foot.)

Everything remained constant until about 18 years ago, when things slowly began to go downhill.  First came a mysterious reduction in my ability to maintain my balance. After visits to various specialists, it was determined that I no longer had the use of the left part of the vestibulocochlear nerve for balance.  I was given a series of exercises to retrain my brain, and within four or five months, my balance had returned to perfect—almost.  A few years later, I noticed some problems again, and after more doctor visits and tests, it was determined that the right side was also not functioning.  I started doing the exercises again, and they helped a lot, but my balance was definitely no longer even close to perfect (if you saw me walking at night, you would have doubts as to my sobriety).  But I managed.

Then, there was cataract surgery, which, while allowing me to see better, reduced my depth of field perception somewhat.  So I gave up tennis and running.  But I kept playing golf.  Then came surgery for a detached retina.  Everything went well, and I was able to keep golfing.  But, seven years later (to the exact day), the retina detached again, and this time the surgery, which involved the placement of a scleral buckle, left me with just the tiniest bit of double vision.  I could still play golf—just not as well.  Somewhere in there was a shoulder surgery to remove some bone spurs, but that was just a four-or-five-month inconvenience.  Finally, in March of 2010, while in Cabo San Lucas, Mexico, another mysterious affliction befell me.  One day, I was just fine, and the next day I had peripheral neuropathy in both feet.  The cause was never found, despite numerous visits to Duke University Medical Center, and it remains with me to this day.  That was the end of golf. Now, all that was left was walking (with the assistance of trekking poles).

The one thing that never wavered, however, during all these various ailments and physical setbacks was my insatiable appetite for “bad foods.”  The worse things got physically, the more candy, ice cream, pizza, and popcorn (with lots of butter) I ate—and the better I liked it.  I have always loved fresh fruits and vegetables, and I’d rather eat a good piece of fish anytime rather than a steak, but I was operating under the misassumption that all that “good food” was balancing out the “bad food.”  Wrong, camel breath!   While I was super active, it did have a mitigating influence on my health.  But once my physical activity began to decline, I began to pile up the negatives in a hurry.  There were caution lights, to be sure, my doctor giving me gentle reminders about my cholesterol levels, which were creeping upward, and my wife, who cautioned me about all the snacks.  But I wasn’t paying attention.

Through the grace of God, I have been given a serious “heads-up,” and I intend to make the best use of this second chance.  I am on a strict diet, I wear a Fitbit™ device that monitors my every waking and sleeping moment, and I am gradually working my way back into an exercise regimen.  Becky bought me the Fitbit™ immediately following the stroke, but we would never have even known of its existence had it not been for my eldest son, David, who actually bought me one last Christmas that I returned.

My wish for you is that you won’t need the “wake-up call” of a stroke or heart attack to get you started on the right track to better health.  Learn from my mistakes.  Make the changes now that will save your life.  We are NOT immune or invincible, just because we were athletic for “most of our lives.”  It’s all about what you do every day, and especially lately, that counts—NOT what you used to do when you were younger.  Get a physical, pay attention to the cholesterol levels, the triglycerides, the blood pressure—all of it.  My wife, my children, and my precious granddaughter are all the motivation I need now.  Plain yogurt tastes like crap.  Oatmeal without salt or sugar is not great.  But I’m learning new ways to make them taste better, and as time goes on I will continue to acquire dozens and dozens of recipes for more and more healthy foods that I should have been eating all along.

So, what’s your standing heart rate?  What’s your diastolic blood pressure?  Your systolic? What’s your weight?  Your BMI?  (look it up!)  I’ve given you your heads up.  The rest is up to you.    Start making those lifesaving changes now.  What are you waiting for?

I wish you good health and happiness for all the days of your lives.

I am a former professional fly-fishing guide, and I write the Matt Davis Mystery Series, which presently consists of five books: As the Twig is Bent, Opening Day, Twice Bitten, Broken Promises and Deadly Ransom. The series is set in the real town of Roscoe, NY, in the Catskill Mountains, where I guided for ten years. I love fly fishing, movies, cooking (and eating), and music. To learn more about me and my writing, please visit my website at: http://www.joeperronejr.com.
View all posts by AuthorJoePerroneJr →
This entry was posted in Good health and tagged bad foods, diet, family, health, illness, stroke. Bookmark the permalink.